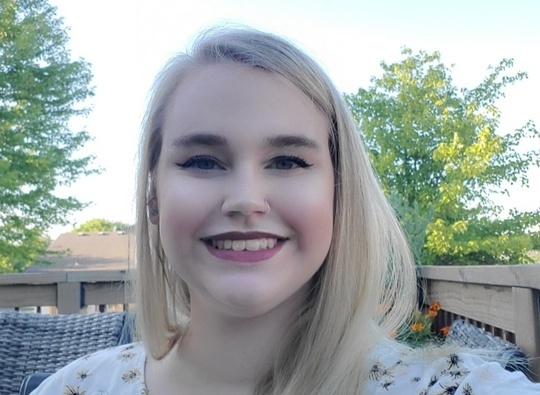 Taking forensic science from TV dramas to the real world

Like many forensic scientists, Carissa Rootes' interest in the field started with the drama and suspense of NCIS.

"I fell in love with the character Abby," said Rootes, who grew up in Montrose, Minnesota, and earned a BA in chemistry and a forensic science certificate in 2021.

While the wisecracking Abby is a one-person laboratory, Rootes learned that in the real world, she wouldn't be solving crimes on her own. As a fingerprint technician at the Minnesota Bureau of Criminal Apprehension, Rootes is one link in the long chain of justice.

"Everyone has their own specialty," Rootes explained—and at Hamline, she found her own special interest. "Once I started doing fingerprints and firearms, I realized how cool it was to do the comparisons. When you're able to make that match of one fingerprint to another, it's satisfying to be able to do it with confidence."

Rootes grew up in Montrose, Minnesota, and was drawn to Hamline for its forensic science programming—the only school in Minnesota with college-level courses in that field. Since Rootes graduated, Hamline has added two new forensic science degrees to meet the growing interest in the field.

"I already knew that's what I wanted to do," Rootes explained.

Rootes took advantage of every opportunity Hamline offered her, from mentorship from faculty advisors like Jamie Spaulding to the invaluable experience of two summers of research in Hamline's chemistry lab, running mass spectrometry projects.

"It was amazing to explore all the different disciplines as much as and find out what I like, what I don't like," Rootes said. She had advice for future students, too: "Offer to do research and ask your professors if you can help on projects and do internships. Anything you can do to get yourself ahead of the game, helps."

After a long day at the BCA labs, Rootes still enjoys watching Abby solve a month's worth of problems in the span of one episode, Rootes said. Now, however, she takes the show's portrayal of her field with a grain of salt.

"I know it's TV, so I expect a lot of dramatization, but sometimes it's just wildly incorrect," she laughed.

Once I started doing fingerprints and firearms, I realized how cool it was to do the comparisons. It was amazing to explore all the different disciplines as much as and find out what I like, what I don't like."